WHAT'S NEW WITH IAABO CAMDEN BOARD 34?

Marty Derer loved to referee basketball games.
The only thing he loved more was to talk to people while he was referring basketball games
— players, coaches, fans in the stands.
“He just loved being out there,” said Tim Attanasi, a fellow basketball official and one of
Derer’s closest friends. “Sometimes the coaches would get mad and I would tell him,
‘Would you just shut up and ref the game?’
“He would say, ’Tim, I’m trying.’ ”
Derer, 56, a former standout basketball player at Camden Catholic High School and
Rutgers Camden and a highly respected basketball official, died Monday of complications
from the coronavirus, according to Attanasi.
Jeff Cohen, assignor for the IAABO (International Association of Approved Basketball
Officials) Camden Board 34 Chapter, of which Derer was a member, said the South Jersey
basketball community has been devastated by the news.
&quot;This has broken us,” Cohen said. “Marty loved to ref. He just loved to be out there, talking
to everybody.”
Derer worked one of the last high school basketball games played in New Jersey this past
season. He was an official at the girls’ Group 1 state semifinal between Woodbury and
Bound Brook that was played in a near-empty gymnasium at Deptford High School on the
night of March 12.
“He was so proud to have reffed that game, it was farther along in the state tournament
than he had done a game,” Attanasi said.
Hours later on the night of March 12, the NJSIAA canceled the remainder of the state
basketball tournament because of the outbreak of the coronavirus.
Cohen said both of Derer’s partners at the game that night “are aware and feeling perfect
and normal.”
Derer, a Williamstown resident, worked in the Gloucester County probation office in
Deptford. He is survived by his long-time companion, Meg Skillman, as well as his father,
Gerry, and sisters Susan Drob and Deborah Derer.

Funeral arrangements are private. A celebration of Derer’s life will be held for family and
friends at a later date, according to Egizi Funeral Home in Washington Township.
Attanasi said Derer was much more than just a referee. "He was one of the good guys,”
Attanasi said. “He would do anything for you. I honestly don’t know if I would be here
today if not for him.”
Attanasi said Derer treated Attanasi’s five children as his own.
Fighting back tears, Attanasi told the story of Derer riding to the rescue when Attanasi was
hospitalized on the night his two sons were scheduled to attend a homecoming dance at
Washington Township High.
“My boys, they were getting dressed and they needed help with their cuff links and tying
their ties,” Attanasi said. “I was in the hospital and I called Marty and he said, ‘I got this.’
“He took care of everything. He took care of my kids like they were his own. He even took
pictures and sent them to me.
&quot;My heart is empty. He was my lifeline.”
Derer was a 1982 Camden Catholic graduate. He averaged 15.4 points while playing 49
games at Rutgers Camden from 1984-86.
Derer loved to vacation in Wildwood, often riding his bike around the island and walking
the beach.
“He was one of those guys who has been going to Wildwood since he was 15,” Cohen said.
On Twitter, members of the South Jersey basketball community reacted to Derer’s death.
“Board 34 will no longer be the same. A person who just cared for the kids and was above
everything else,” said a note from the St. Joe Basketball account.
Wrote official Tom Di Tullio, “He loved to referee b-ball more than anyone I’ve ever
worked with in my 30 years on the court. Board 34 will never ever be the same.”
Cohen said that Derer always wanted to referee basketball games, whether at the high
school or youth level.
“I would see him at a varsity game on a Saturday and he would have three more little kids’
games after that,” Cohen said. “He didn’t need the money. He just loved it.”
Cohen said Derer was famous for engaging with everyone during a game.
“As his boss I would be like, ‘Stop talking to the kids, ref the game. Stop talking to the fans,
ref the game,’ ” Cohen said. “But that was Marty.” 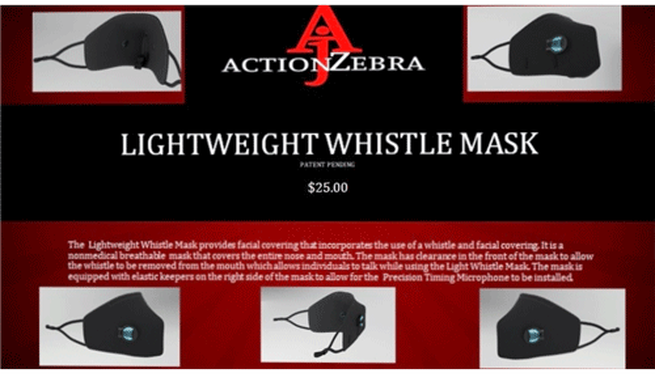 Summary of uniform, equipment and apparel

2.     Click on "Choose File” and attach your Concussion Certificate
3.     Enter your email or directory number..or get your pin. **You must have Directory Number or email and your pin entered …then click on "upload file”
4.     You will receive an email stating you completed. (See below)

Thank you for uploading you concussion certificate. Your certificate is now on file. Please let us know if you require further assistance.
Get Some New Gear​